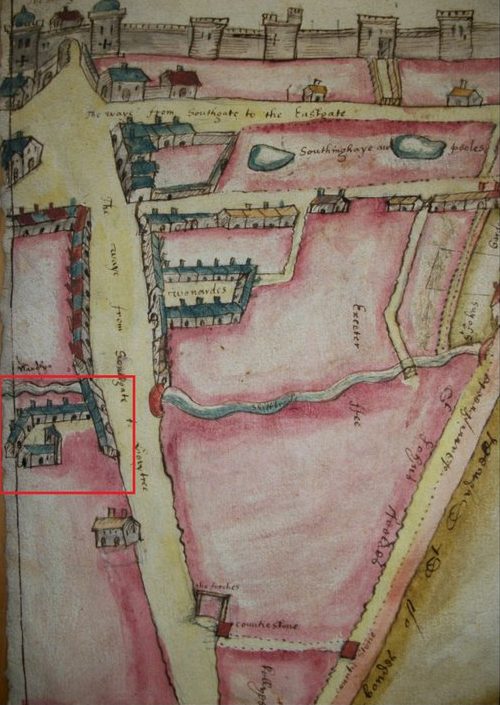 In 2017 Exeter City Council required an archaeological desk-based assessment for Hurst Almshouses, Fairpark Road, Exeter, Devon in order to place the site in its archaeological context, and to provide an indication of archaeological issues relating to a forthcoming planning application for residential development.

The desk-based assessment highlighted that the site was located in an area of extensive prehistoric and Romano-British occupation, in particular underneath the site of the Magistrates Court and Southernhay east car park located to the north-west of the site, while several nearby excavations have produced evidence of activity outside the limits of the Roman legionary fortress and the later Roman city of Isca Dumnoniorum.

Throughout the medieval period the proposed development site was part of the endowment of the Magdalen Leper Hospital, established outside the South Gate on the further bank of the Shutebrook valley under the patronage of the Bishops of Exeter sometime in the early 12th century.

The hospital was not dissolved at the Reformation and continued to exist until the late 19th century. The current almshouses were built in 1928.