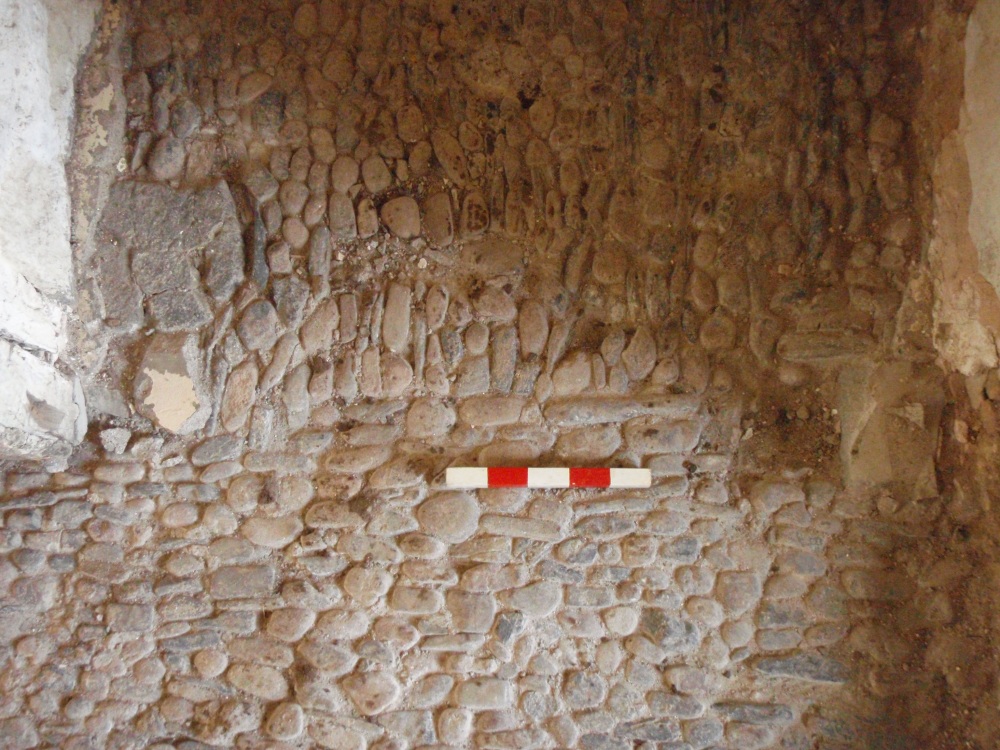 In 2012 Oakford Archaeology was commissioned to undertake an archaeological watching brief at Heath Cottage, a grade II Listed building in Bridford, Devon, dating to the 17th century.

The cobbled surface in the cross passage consisted of small to medium size water-worn stones on a bed of sand that overlay the natural subsoil. These were probably part of the original 17th-early 18th century flooring. The cobbles in the passage leading to the parlour were likely to be similar in date. Two square sockets, located immediately to the left of the entrance, indicated the original extent of the 17th century timber partition.

The cobbling in the area of the modern toilet consisted of slightly larger cobbles, located at a slightly higher level to those in the cross passage. It is probable that these date to the late 18th-early 19th century, when the farmhouse was extensively modernised and the original parlour divided by the insertion of a staircase and a small service room below.