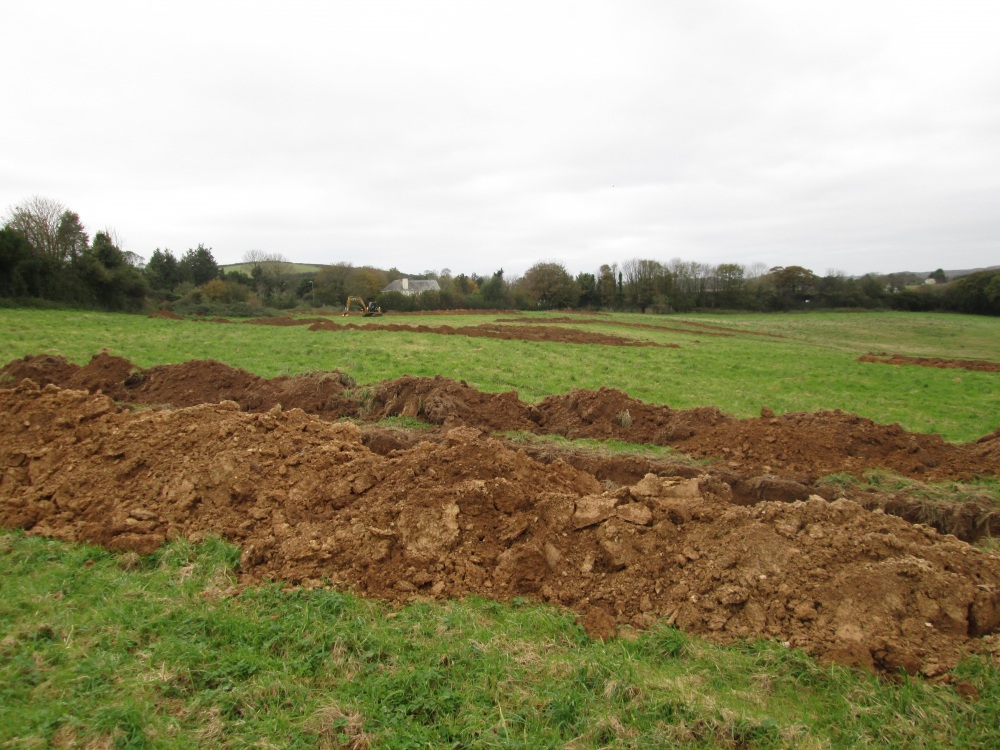 In 2012 Fuse Architecture engaged Oakford Archaeology to undertake an archaeological trench evaluation on land adjacent to Palm Green Cross, Modbury, Devon. The work was undertaken to provide information in support of a forthcoming planning application for housing development.

The site lies to the north-west of the historic core of the town of Modbury, although few early archaeological remains have been recorded in the vicinity. The work comprised the excavation of 25 trenches, targeted at a series of anomalies identified during an earlier geophysical survey and provided a spatial sample of those areas that were not available for geophysical survey.

The evidence for archaeological activity within the site was somewhat limited, both in terms of the number and the variety of features identified. The evaluation revealed three ditches, two discrete features and the remains of a hedgebank of probable post-medieval date. All the linears and the hedgebank had been identified by the geophysical survey.