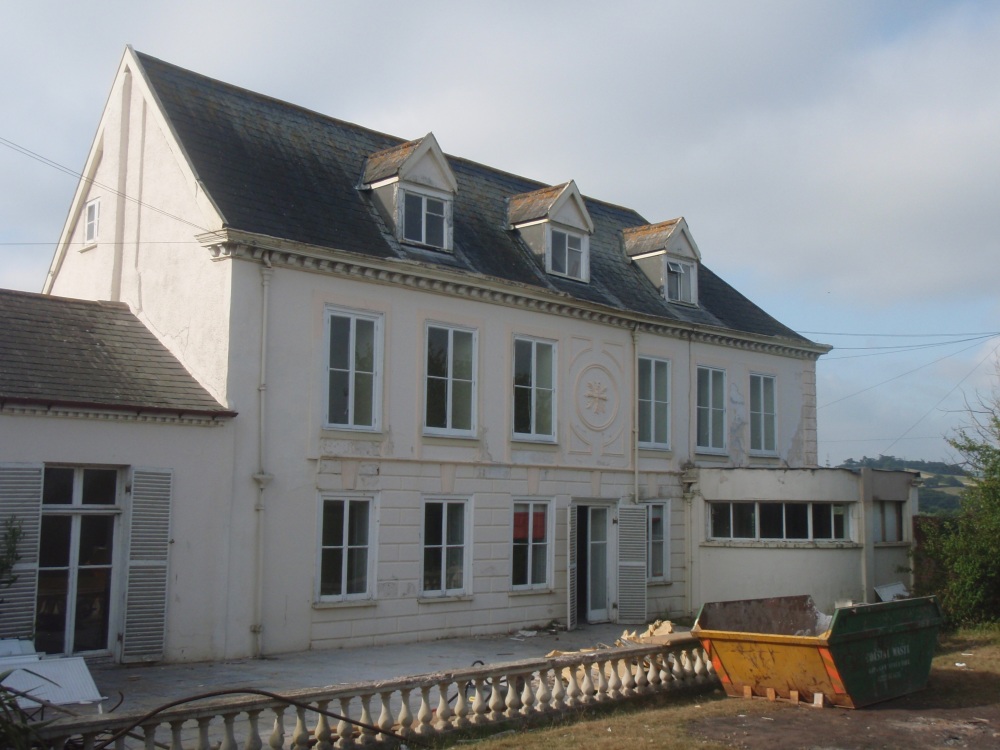 During the summer of 2013 Oakford Archaeology investigated a late 17th century country house within the core of the historic hamlet of Countess Wear, Exeter, Devon. The Investigation was intended to record and analyse the various buildings, and assess their significance.

Mount Wear House is an important historic farmstead within the Countess Wear area, its size reflecting a large and prosperous farming establishment. The layout of the house perpetuates that of an earlier house which was probably first constructed as a three room and cross-passage house in the early 17th century. The building may possibly have had an open hall originally, but if so it seems that it was rapidly fully storeyed. By the mid 17th century it had become a farm of some pretension as is attested by the presence of a sgraffito fireplace in the main range.

The most extensive alterations were carried out in the late 17th century when the house was extended by the addition of a cross wing, and much of the original main cob elevation was demolished and replaced with a symmetrical façade with decorative stucco finish. Despite many later alterations, the building remains substantially as it was at this time.

By the middle of the 19th century an agricultural outbuilding was partly demolished and rebuilt to provide more living space, connected to the rear wing by a service passage, while a new porch was added by the early 20th century.

During the 20th century the interior of the house was substantially altered and it is probably at this time that the last vestiges of the original ground floor partitions were removed when the first floor was underpinned. A number of large extensions were added to the side and rear of the main house, obscuring important elements of the building.

The large building at the eastern end of the farmyard originated in the 18th century as a barn, subsequently undergoing a number of renovations and alterations. The southern portion originated as a threshing barn with opposed doorways, before it was converted to a stable in the 19th century, while the remainder of the building appears to have been converted to living accommodation at this time. The northern end of the barn continued in use as a cart shed.

The house has a complex structural history; the subsequent additions have tended only to conceal the substantial interest of this house.