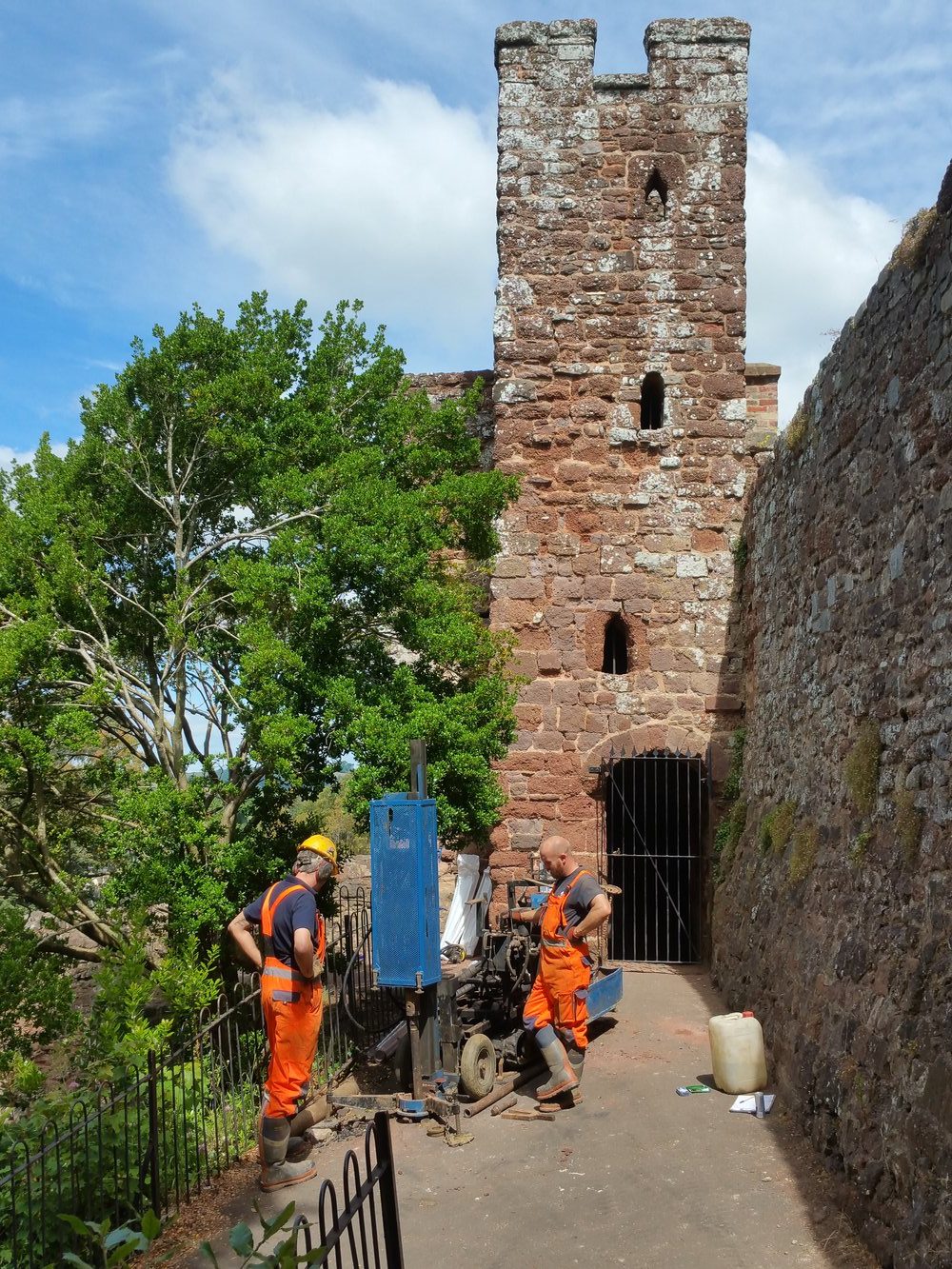 The sequences of deposits identified during the survey, for the most part, consisted of rampart material belonging to the inner bailey defences of the Norman castle. However, boreholes 4, 6 and 8 identified a buried soil overlying bedrock and sealed by rampart material, while borehole 2 exposed a clay deposits containing a large proportion of small trap fragments, possibly representing the remains of bank material associated with the earlier Roman rampart at the rear of the city wall.

The boreholes through the inner ditch exposed volcanic basalt bedrock at a depth of 3m below ground level. The sequence contained initial silting at the base of the ditch followed by large-scale primary infilling. Deposits of made up ground, associated with the late 18th century Rougemont House and gardens, were recorded in borehole 9.

The geoarchaeological assessment has indicated that no significant palaeoenvironmental or geoarchaeological deposits or materials were present within the borehole cores. A poorly preserved and mixed buried soil survived under the inner bailey rampart. Its poor survival and disturbance is likely due to activity associated with the construction of the rampart. The absence of pollen in this soil might, in part, be attributed to this disturbance and mixing.