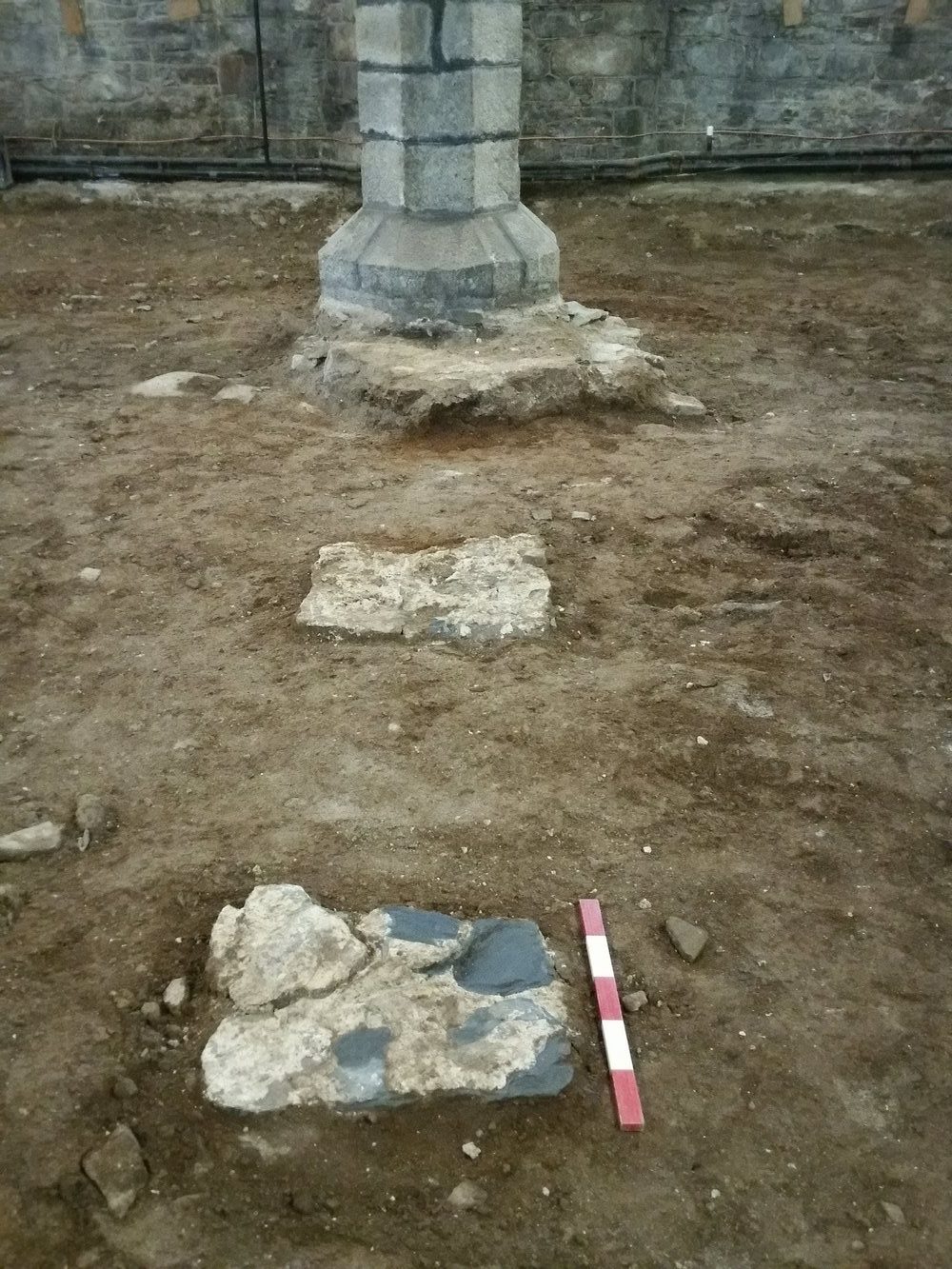 The work, undertaken during the laying of a new floor in the nave, aisles and transepts, exposed wall foundations from an earlier stone church, probably built in the late 12th century, as well as seven later phases of alterations and additions. The early church plan is likely to have comprised a narrow nave, transepts and chancel. South and north aisles were subsequently added. The early church was demolished when the current church was built, probably between 1405 and 1446. The present tower was probably built first. The south porch was removed in 1776. Medieval floor levels and other stratified deposits were removed in 1883 by groundworks carried out during the reordering of the church. A small area of 18th century flooring survived in the north transept.

The works also exposed 6 burial chambers dating from the 18th and early 19th centuries and a number of stone-lined graves dating to the 16th and 18th centuries. Two foundation pads for the western gallery were identified at the western end of the nave, although no evidence survived below-ground for the galleries in the south and north aisles.

Fragments of medieval and early post-medieval earthenware floor tiles, dating to the 15th-17th century, were recovered from the charnel soil during the archaeological watching brief.