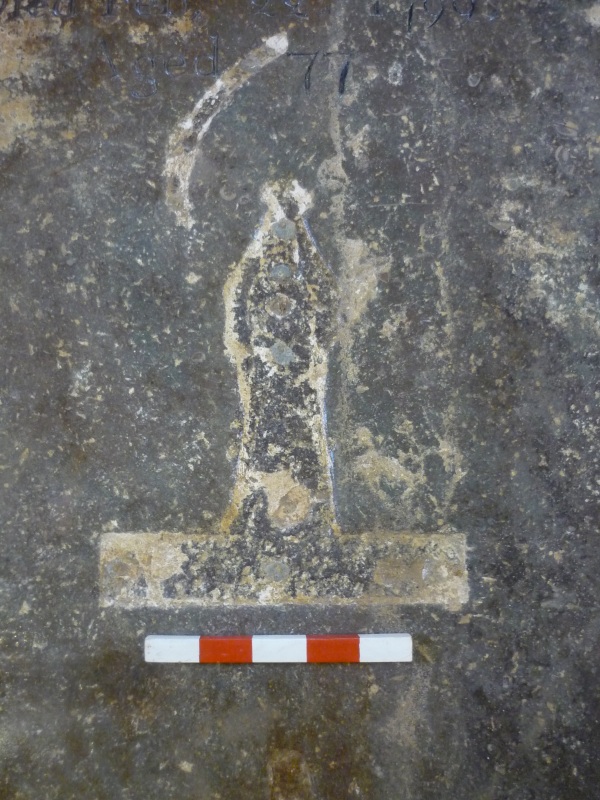 Following the discovery of three grave slabs during the installation of a new under-floor heating system at the Grade I listed church of St Peter’s, West Knighton, Dorset, Oakford Archaeology were commissioned by Mark Richmond Architects and Sally Strachey Historic Conservation to record the finds.

The site visit recorded two previously unrecorded brass indents on a single slab of purbeck marble located in the south chapel. Although this contained a late 18th century inscription it had quite clearly been re-used from an earlier monument.

In the centre of the slab were two indents, containing a number of dowels set in lead. Dating to the second half of the 15th century, the memorial was likely to have been worked by specialist masons in a London workshop. The shape of the upper indent suggested that the person represented was probably clergy, either a priest in mass vestments or in academic dress, dated c. 1460-80. The lower indent was a lady in horned head-dress of a comparable date, i.e. c.1480. It is unclear if the lady commemorated was related to the male effigy. There was no evidence to suggest that the ledger had originally been part of a larger monument such as a table or altar tomb.