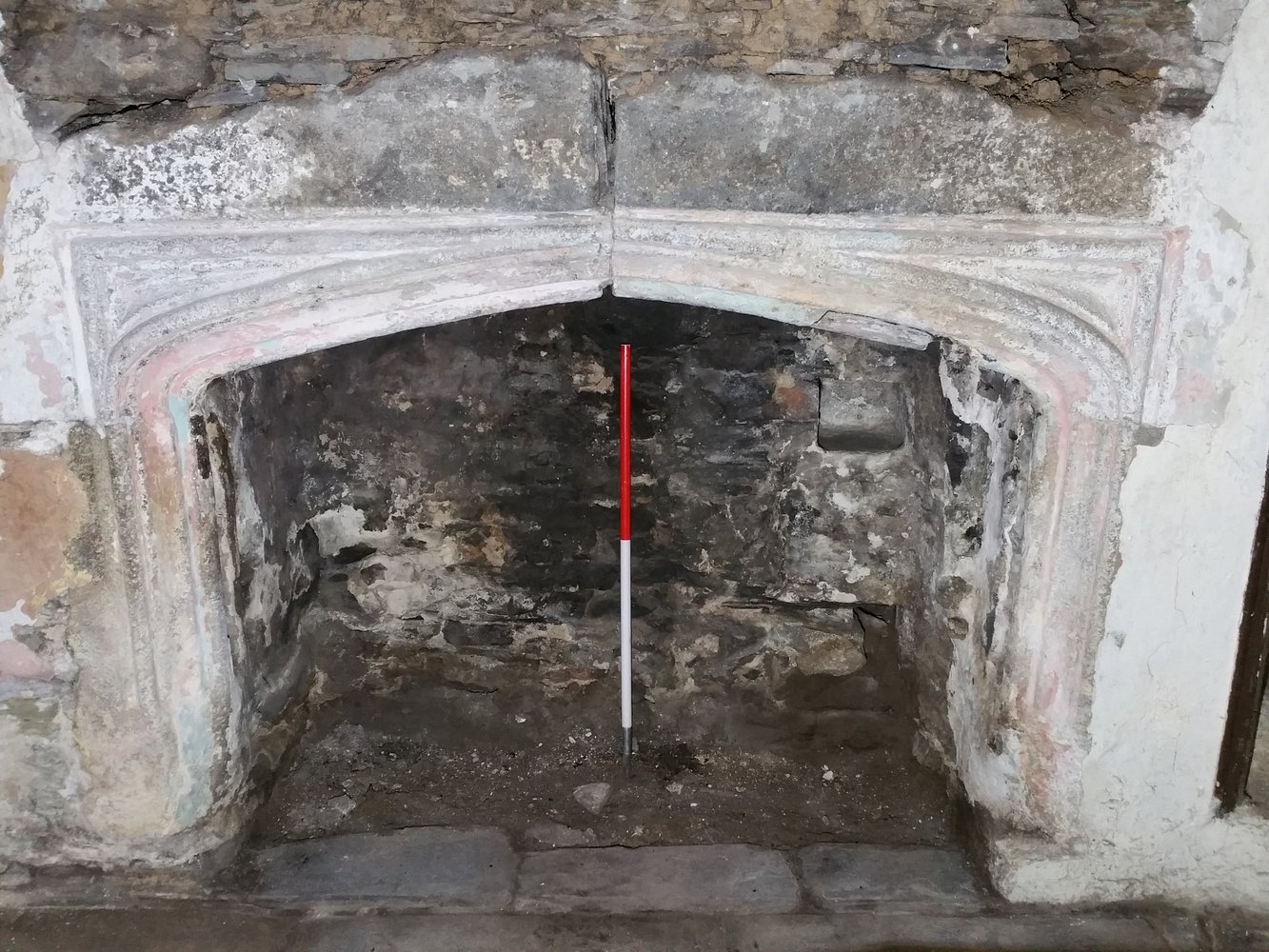 Between January and August 2016 Oakford Archaeology carried out an archaeological building survey on the Grade II Listed house at Staddons, Walkhampton, Devon.

The large size and architectural features of the property reflect a large and prosperous farming or mercantile establishment in the 14th to the 18th centuries, and subsequent decline, partial demolition and subdivision into smaller dwellings during the 18th and 19th centuries.

Although the layout of the house perpetuates that of an earlier house, which was probably first constructed as a three room and cross-passage house in the early 14th century, the house has some unusual features. It has a separately accessed block at the west end, which probably consisted of a through passage below and a chamber above, perhaps serving as a lodging or an office. The main building was of more conventional plan, and originally had a large central open hall, probably separated from the cross-passage, the service room and the inner room by low timber screens.

The inner room seems to have been altered to provide two storeys of accommodation in the medieval period with a jetty projecting into the open hall. The new rooms were spacious and may have incorporated a ground-floor, heated parlour and two first-floor chambers. The hall, at the east end of the modern house, was probably enclosed by the late 16th or early 17th century to provide a new hall chamber. By this period Staddons had become a building of some pretension, as is attested by the presence of an elaborately decorated granite fireplace. The adjacent property of Town Farm shows a similar history of ambitious alterations and additions and it is probable that the village was flourishing at this period.

The historic building recording work revealed that the most extensive alterations to the house were carried out in the late 18th or early 19th century, at which time the building appears to have been in decline. Perhaps due to changing agricultural practices or land ownership in the area, and the loss of independence by cottars and smallholders, the population of the village centre appears to have increased and the surviving house was subdivided into three small properties. At this time much of the original front and rear elevations were demolished and rebuilt to provide access to the new properties. The eastern part of the present house, having lost its passage and service end probably to almshouse use, remained the larger dwelling and of higher status, whereas the two western dwellings were very small and seem to have been occupied during the 19th century by agricultural labourers, mine workers, quarrymen and widows. The middle and eastern dwellings were finally united once more in the late 19th century and despite many later alterations, the building remains substantially as it was at that time. The western dwelling, originally a separate lodging, has remained an independent unit from the early 14th century until the present day.