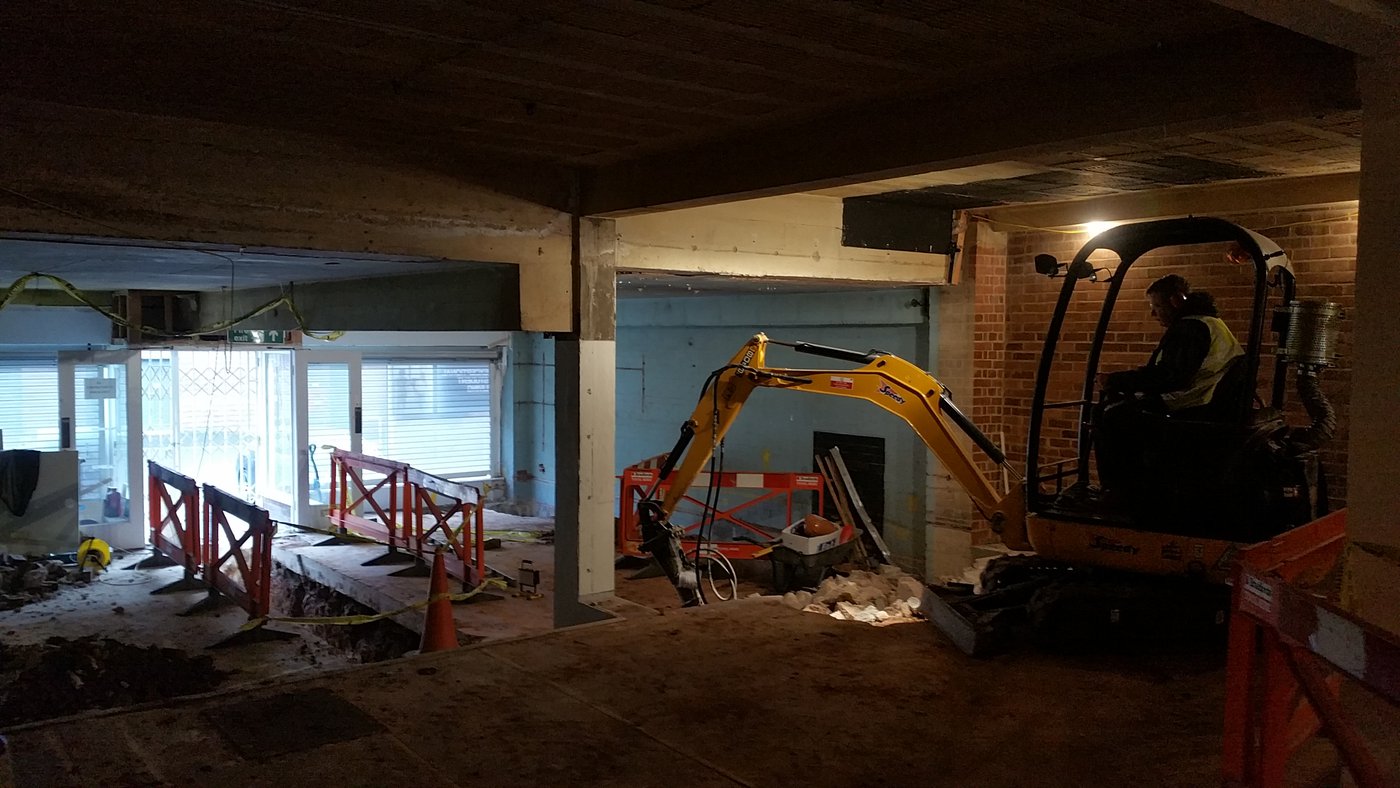 An archaeological watching brief was undertaken between November and December 2016 by Oakford Archaeology at No. 9 Verney Street, Exeter, Devon. The work comprised monitoring and recording on foundation trenches and associated works being excavated inside the existing building.

The desk-based appraisal established that a number of buildings existed within the boundaries of the site from at least 1819, with these replaced by four separate structures on maps of 1876 and additional buildings in 1905. All of these buildings had been removed by 1951, following damaged sustained during the second world war, and replaced by a more recent addition of concrete block and brick construction.

Evidence for earlier activity was largely confined to the southwestern end of the site where a single ditch and possible pit or posthole were exposed. The posthole contained a single sherd of pottery of late 1st century AD date, while the ditch had been previously identified by Exeter Archaeology in 2011 during excavation of the adjacent site. The central area of the site exposed the remains of five substantial, though heavily truncated, post-medieval pits, and a small, probably medieval, ditch, which continued from the adjacent site.

Due to heavy post-war truncation there was no evidence of archaeological activity at the northeastern end of the site.