Archaeological excavations during the spring of 2019 in the Knot Garden at Halswell House, Somerset revealed a substantial pit a short distance in front of the east entrance into the Knot House. 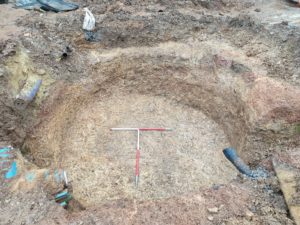 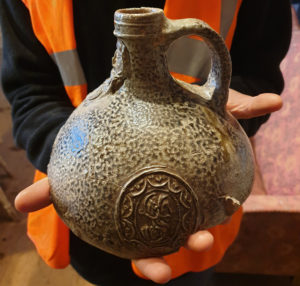 In addition, a single sherd of Westerwald pottery (another German import), was also recovered. More local wares included at least half a North Devon sgraffito dish, several substantial sherds from a North Devon slipware bowl or dish, and a number of more local South Somerset redware vessels, including half a pot and the remains of at least two large bowls. 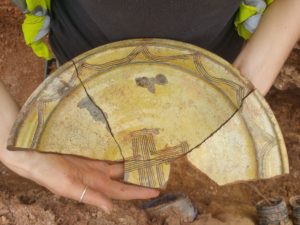 The subsequent complete excavation of this feature in early 2020 recovered several sherds from a large Bartmann jug, as well as two sherds of what may be Wan Li blue-and-white porcelain. 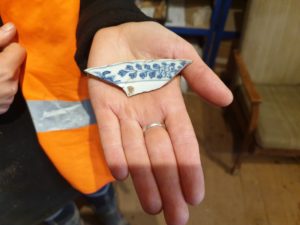 The importance of this feature is that it was capped by the slate drainage layer that was laid down to help the drainage of a kitchen garden in the late 1680’s, implying everything found beneath is older still. The fact that the slate layer inside the pit was as much as 600mm lower suggests that a large amount of organic material was deposited within the pit at one point, but has long since decayed, leading to the slumping of the overlying deposits. 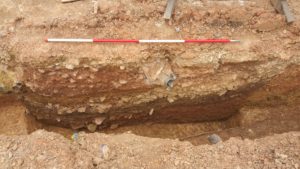 The presence of this interesting pottery collection and the presence of a substantial animal bone assemblage pre-dating the extensive late 17th century works in the Knot Garden is extremely exciting. We have for the first time recovered a substantial animal bone assemblage which will provide us with a brief glimpse of the diet and economy of the estate, while the pottery provides an insight into the material life of the house at this period.