Oakford Archaeology monitored a geotechnical borehole survey in September 2019 by Red Rock Geoscience Ltd for Exeter City Council, at Trews Weir, Exeter, Devon. The purpose of this survey was to investigate the causes of the weakening of the structure and the excavation of the boreholes across the length of the weir allowed the recording of the structure and deposits below, providing valuable new information on the construction and date of the weir.

Documentary evidence suggests that the weir built by John Trew in 1566 is likely to have been a timber structure and no evidence was found of this early structure during the survey. Instead the current weir is likely to represent the 1676 ‘new and stronger weir’ built by Richard Hurd.

The work identified a thick basal layer of gravel immediately above the riverbed deposits in Boreholes 1 and 3, suggesting that an attempt was made to build at least some of the new weir on a ‘solid’ bedding layer. However, the sequence of deposits identified during the survey, for the most part, consisted of loose core material underneath a solid Heavitree Breccia capping. This sequence was especially well-preserved in Boreholes 1, 2, 3, 5 and 6. 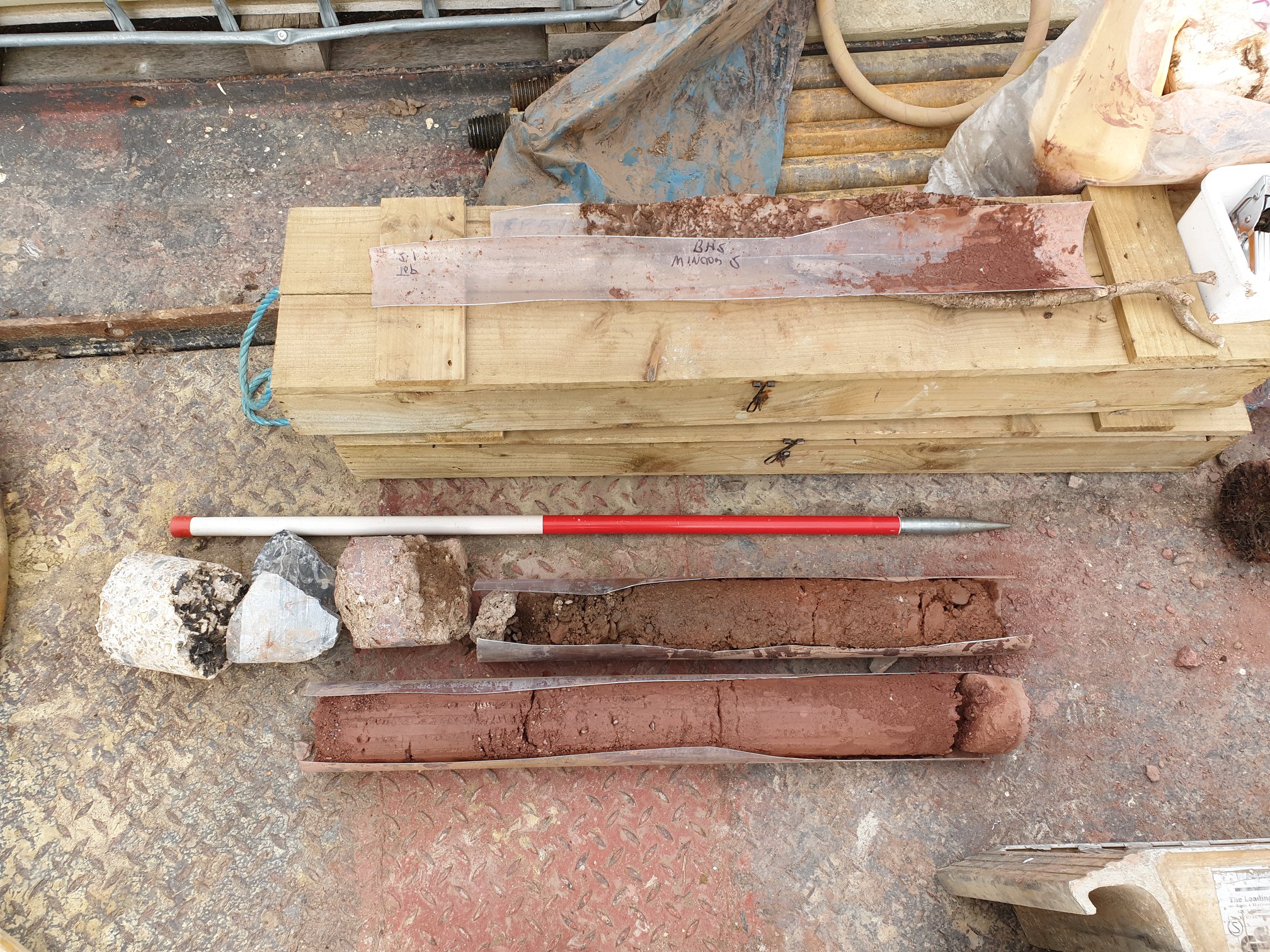 The solid mortared rubble core identified by Wessex Archaeology in March 2015 is likely to represent the 1698-1701 extension of the weir. Despite minor repairs and alterations, the weir has remained relatively unaltered until the present day.

John Rocque’s c.1743 ‘The prospect of the Customs House from Trews Ware’